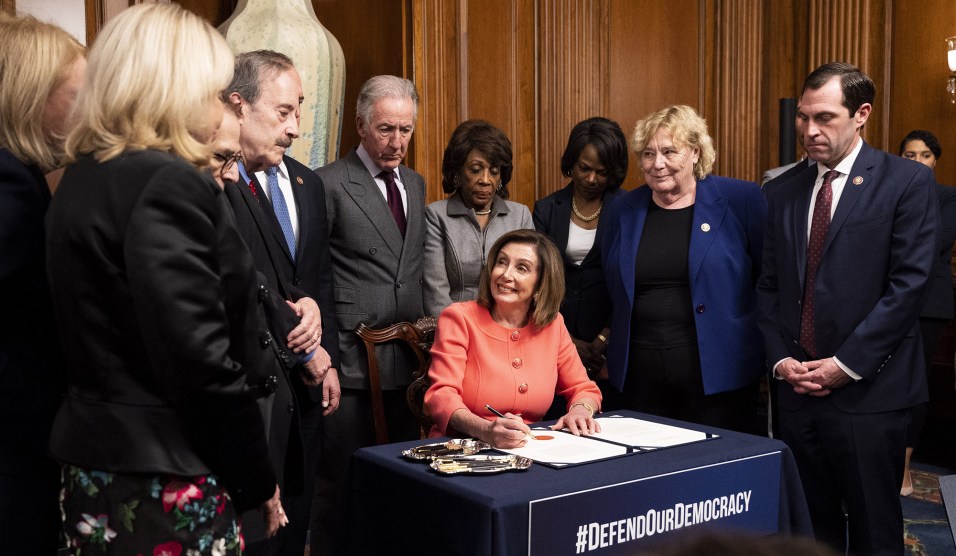 President Trump did his best to force Ukrainian leaders to open an investigation of Joe Biden. They never did. But today, Trump finally got his investigations:

Ukrainian authorities announced a probe Thursday into possible surveillance of U.S. Ambassador Marie Yovanovitch before she was dismissed from her post by the Trump administration. The statement by Ukraine’s Interior Ministry followed the disclosure of new documents related to the impeachment case against President Trump.

….In a separate probe, Ukraine investigators said they were looking into a suspected Russian hack into computers at Ukrainian gas company Burisma, which is at the center of the impeachment inquiries….Interior Minister Arsen Avakov met Thursday with an FBI representative based in Ukraine and officially requested U.S. assistance in the two cases, according to a Ukraine government official, who spoke on the condition of anonymity to discuss ongoing investigations.

These are not the investigations Trump wanted, but hey, beggars can’t be choosers.

In related news, the inspector general for the GAO says Trump broke the law by withholding aid to Ukraine last year. “Faithful execution of the law does not permit the president to substitute his own policy priorities for those that Congress has enacted into law,” the IG wrote. “The withholding was not a programmatic delay.”

That’s a lot of shit hitting the fan on the same day that articles of impeachment were finally transmitted to the Senate. Coincidence?